Christian Liaigre, the French interior design legend and entrepreneur, has died at the age of 77. Born in La Rochelle, a small coastal town in the West of France, the interior design Hall-of-Famer honed his skills at the Beaux art and then at the Arts décoratifs.

His designs were known to have simple, sincere and fluid lines, allowing the beauty and balance of the design to speak for itself. An expert of modern minimalism, Christian Liaigre rose to the prominence in the design industry during the 1980s with his perfectly proportioned designs.

Over the past thirty years, LIAIGRE has become synonymous with refined, iconic designs and craftsmanship. Through use of space and light, basing design on local cultures and traditions, choice of materials and a special love of art and crafts, the combination of luxury and comfort embody the hallmarks of the brands signature and sought after aesthetic. LIAIGRE’s design ethos are rooted in the philosophy that interior architecture and design are far from fashion and trends, but are timeless, achieved by calm beauty and subtle luxury. This uniqueness became more and more apparent and marked a distinct identity within the industry, one in which dreams and beauty are epitomized for even the most discerning of clients.

Initially, the late designer only made furnishings but soon went on to develop entire interiors for residences, holiday homes, offices, as well as the cabins of jets and yachts.  His rare public projects – such as the 1990 overhaul of Paris' Hotel Montalembert, and 1997 revamp of New York's Mercer Hotel – meant that Liaigre was known on both sides of the Atlantic, yet he largely preferred to work with a roster of private clients.  Surrounded by the best craftsmen, he imagined and delivered spaces that expressed simplicity, sincerity, a modern and timeless style, alongside a natural attention to wellbeing.  Liaigre eventually stepped down from his studio in 2016, handing over the position of creative director to long-term collaborator Frauke Meyer.

Celebrities like Larry Gagosian, Calvin Klein and Karl Lagerfeld went to Liaigre’s showroom in Paris, on Rue de Varenne, when seeking out a piece of high-quality, French craft furniture.

Christian Liaigre was known for his redefining modernistic projects and for being pioneering the use of dark wood, leather sofas, and the luxurious cream, brown and grey palette integral to stylish unique design interiors.

Dating back before the conception of his company, Christian Liaigre was inspired by the textures and tones of the equestrian world: he often favored wood, leather and bronze, and his work reflects the richness of these same materials. More than thirty years later, the team at Christian Liaigre’s firm is still producing stunning items, keeping heir founder’s design ethos alive.

Since creating the interior of the Mercer Hotel in 1997, Liaigre has refurbished and designed several prestigious places in the “city that never sleeps,” always bringing to the fore the heritage of the spaces it occupies.

In addition to being a Philadelphia Multifamily Interior Designer,  I also design boutique hotels, fitness centers, office spaces, residential development projects, other commercial spaces such as office and retail spaces, and the senior living community throughout the tri state area.  We work here in Philadelphia, the main line, and even Nationally!

About the Interior Designer

Tina Delia, a native of Ocean County, NJ, current resident of Philadelphia, is the Founder and Principal Interior Designer of Delia Designs. For the past eleven years, Tina has been steadfast in her vision and continues to develop herself personally and professionally. She is dedicated to excellence and insistence on forward thinking design. At the forefront of her designs is the idea that our spaces have the ability to transform our lives.  She is looking to move us, inspire us to see, think and create freely.  After all, it's not only about creating beautiful spaces. 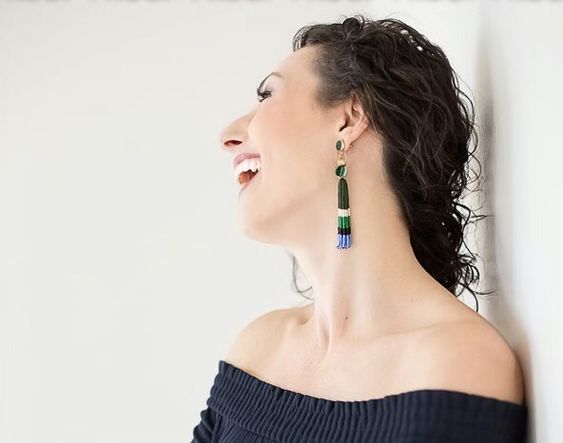